Alabama’s Jermaine Burton addresses controversial incident with Tennessee fan: ‘It was a mistake’ 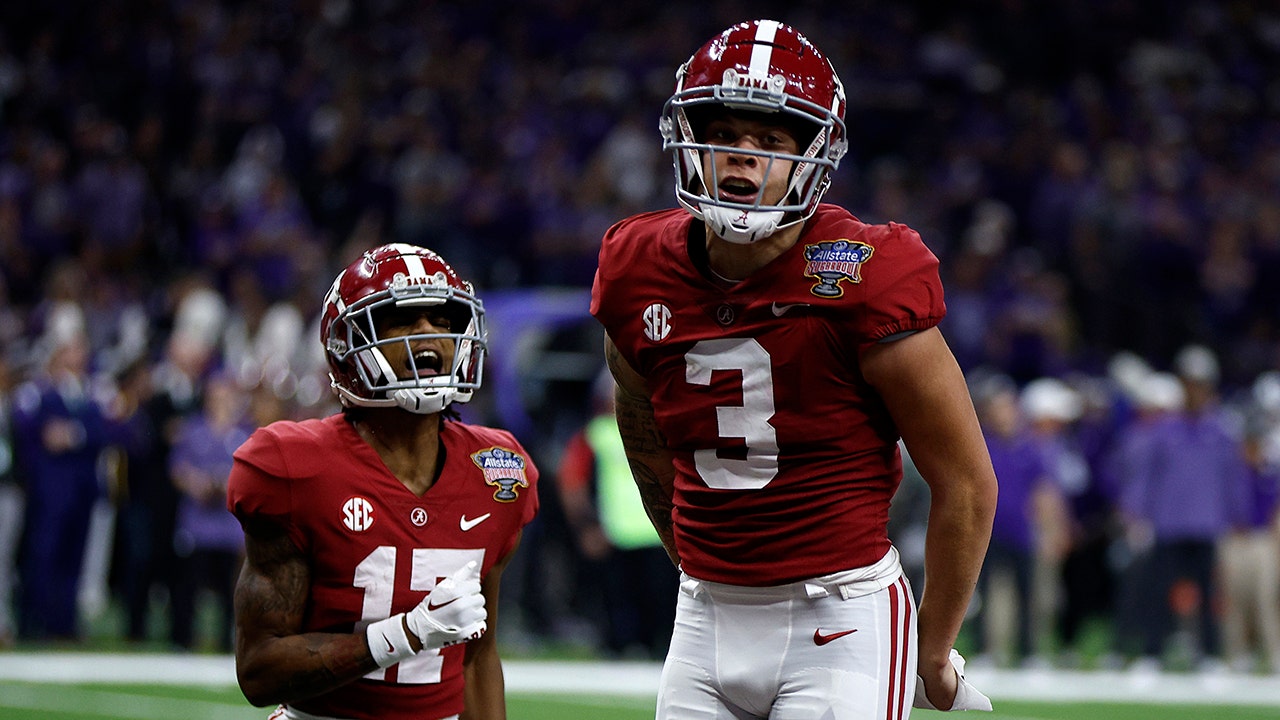 Alabama wide receiver Jermaine Burton finished the season on a high note as the Crimson Tide topped Kansas State in the Sugar Bowl on Saturday night 45-20.

Burton led the Crimson Tide with three catches for 87 yards and was one of five receivers to haul in a Bryce Young touchdown pass. After the game, he spoke to reporters about an early season controversy following a loss to Tennessee at Neyland Stadium.

The wide receiver was walking off the field and appeared to push some fans on his way back to the locker room, even appearing to rough up a fan. He was criticized after that game, but did not receive any public form of discipline from coach Nick Saban over the course of the season.

Ja’Corey Brooks, left, of the Alabama Crimson Tide reacts with Jermaine Burton after scoring a touchdown against the Kansas State Wildcats on December 31, 2022 in New Orleans.
(Sean Gardner/Getty Images)

«That whole situation was a mistake,» Burton said Saturday of the Knoxville incident, via The Tuscaloosa News. «I can’t hold that against me forever… But a mistake is a mistake. You get over it. I’m not going to let the situation frame me as a person or shape me as a person because I know who I am.» and my team knows who I am.»

Alabama’s Jermaine Burton reacts after a touchdown against Kansas State during the Allstate Sugar Bowl on December 31, 2022 in New Orleans.
(Chris Graythen/Getty Images)

He added: «It can be hostile in a lot of situations. The (SEC) can do what it can, but it’s not safe for a lot of people.»

Alabama is likely to finish the season in the top 5 of the final Associated Press poll. With the win over Kansas State, the team finishes 11-2 on the year.