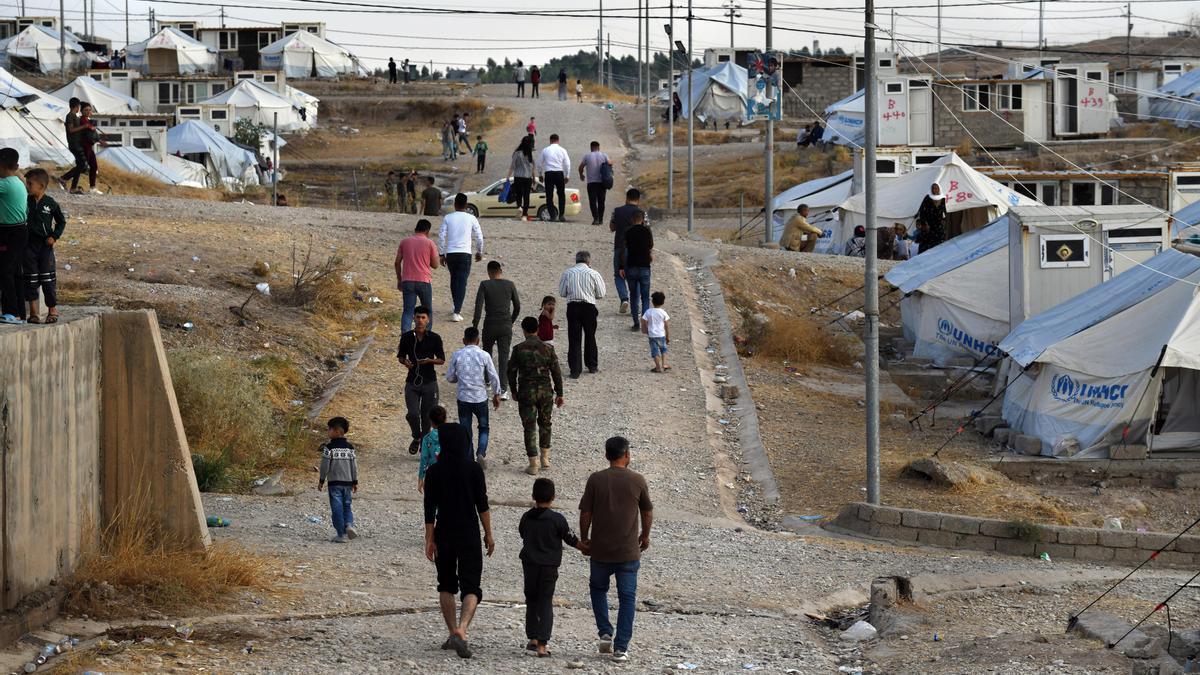 The climate change I could take one 216 million people from Sub-Saharan and North Africa, South, East and Central Asia, Latin America, the Pacific and Eastern Europe to travel within their countries to 2050 if «urgent measures» are not taken to reduce the Emissions of greenhouse gases.

This phenomenon, known as climate Migration, occurs to a greater or lesser degree in all parts of the world to the extent that the effects of climate change are global, The professor of Public International Law and International Relations at the Rovira y Virgili University (URV), in Spain, assures in an interview with EFE, Susana Borras.

However, there is certain countries who are in a situation of «high visibility and geography», specially called the Global South, that is, those «most exposed to the impacts of climate change and the most impoverished, with less capacity for resilience and those who have contributed the least to global warming,» explains Borrás.

Borràs, who is also director of the academic project ‘Climate Migrations’, points out that the cause of this problem must be sought in those extreme climatic phenomena, which understand both the sudden impacts (hurricanes, cyclones, typhoons, strong storms, floods…) such as those of slow production (increase in temperature, drought, desertification, soil erosion…).

All of them, he declares, provoke the progressive disappearance and destruction of the livelihoods of millions of people, and commit their most basic rights: access to drinking water, food, health or housing. In short, he adds, the human right to life, to live in minimally dignified and healthy conditions.

The world data on cross-border movements in the context of catastrophes are «limited» and only a few notable cases have been examined so far, such as the number of humanitarian visas granted by the United States, Brazil and Argentina for Haitians, he regrets.

On the other hand, there is more information regarding the number of internal displacements due to disasters linked to climate change, which «add up to more than double those who flee across borders as refugees for political reasons», underline.

Thus, the Internal Displacement Monitoring Center verified that in 2019 close to 1,900 disasters generated 24.9 million displacements in 140 countries and territories, the highest number recorded since 2012, which exceeds three times the number of those displaced by conflicts and violence, it adds.

«These figures, despite being so eloquent, failed to make visible the global evidence of the movement of people by Environmental degradation, since it only reflects the internal movements of people by climatic causes, which, although they are the most numerous, do not include the transnational human movement», affirms Borràs.

que to do countries faced with this problem? According to this expert, it is necessary «make this reality visible and protect it», a fact that involves «reinforcing policies and legal frameworks focused on a humanitarian perspective and of rights when adopting, for example, a broader interpretation of the refugee status regulated in the Geneva Convention and its Protocols».

In addition, it continues, it invalidates regulating the humanitarian or climate visas to protect these people effectively, an action that has to be accompanied by the application of the guarantee of no return for those who cannot continue living with dignity in their place of origin because the living conditions, sirens due to the effects of climate change, endanger their lives.

«The reality is that the question of losses and damages, where the problem of climatic migrations must be worked on, has been systematically blocked or reduced to mere dialogues or side acts, and the richest countries that emit the most, such as the EU, US, Norway and others, consistently refuse to discuss both funding and climate displacement issues,» he says.

Proof of this, he states, is that the COP27 program does not include a thematic session for this phenomenon, Rather, it is addressed in a meeting within the financing sessions (November 9) and the day of science and youth and the future generation (November 10).

«Without a doubt, it will return to make invisible the suffering of many people who are dispossessed by climate violence carried out by many wealthy countries, who continue to look down on those who try to survive this age of loss and damage, that is leading the emergency,» he stresses.

In this context, «there are still states, those enriched by emissions cost (the so-called ‘coal majors’), who decide who is saved and protected and who is not,» he concludes.

Hispasat sends its most advanced satellite into space