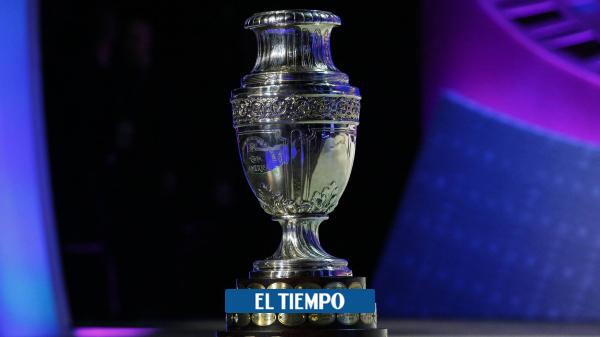 The relationships between the conmebol and the concacaf They were not on good terms after the completion of the Centennial America Cup 2016. Around those days, the Fifagate scandal broke out and several leaders of both confederations ended up in jail.

However, now there are new approaches around a common theme: the realization of the America’s Cup 2024, which, originally, had been focused on Ecuador. However, this country gave up organizing it and that forced changes to be made.

Except for that 2016 edition, in which there were 16 teams competing, the Copa América has been played since 1993 with 12 teams, the ten Conmebol affiliates plus two guests. The other exception was in 2021, when the tournament had no external teams and was played with ten teams.

Now, the tournament would not only increase the number of participants, but would return to American soil. Members of Concacaf approached those of Conmebol. The United States struck first, and managed to be one of the guests for the Copa América 2024. And they went further: they offered to host the contest again, as happened in 2016.

Thus, the United States, Canada and Mexico, host countries of the 2026 World Cup, will be invited to the 2024 Copa América, which will be held in the US as a test and promotion of the next World Cup.

The Copa América was already played in 2016 in the United States and had a different trophy.

Three more Concacaf teams will be invited to the 2024 edition of the Copa América. Press versions suggest that the participants would be Costa Rica, Honduras and Panama.

The format of the tournament would be the same as that of the edition that was played in the United States in 2016: the 16 teams would be divided into four groups. The first two of each zone advance to the round of 16 and from there direct elimination brackets would be played until the champion is known.

Conmebol has not yet made any official announcement on the matter. It should be remembered that the 2021 edition was awarded to Argentina and Colombia, but due to the pandemic it had to be played again in Brazil, as had already happened in 2019.