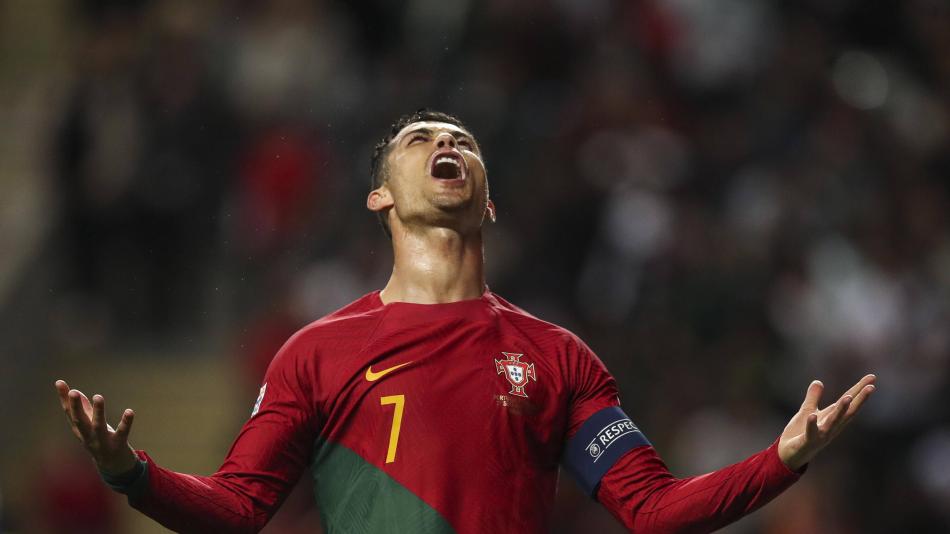 Cristiano Ronaldo has signed for Al Nassr FC in Saudi Arabia, where he will play for the next two seasons, after a month of rumors after the five-time Ballon d’Or winner broke off his relationship with English Manchester United during the World Cup in Qatar, media information saudis

Cristiano Ronaldo of Portugal reacts today, in a match of the quarterfinals of the Qatar 2022 Soccer World Cup between Morocco and Portugal at the Al Zumama stadium in Doha (Qatar).

The Saudi media ‘Al Arabiya’, one of the most important in Arabic and the Middle East, is sure that, according to its sources, Cristiano Ronaldo, 37, has already signed «officially» a two-year contract with Al NassrInformation also offered by the Al Riyadiah sports portal, the most important in the kingdom.

Another important media outlet in the Arab world, such as ‘Al Sharq al Awsat’, has also confirmed this information, according to their sources.

According to the journalist specializing in transfers, Fabrizio Romano«Al Nassr is closing a deal to sign Cristiano Ronaldo. Contract valid until June 2025, as expected: salary close to 200 million euros per year, including commercial agreements.»

So far, the Al Nassr club has not officially announced the signing of
cristian Always according to these versions, the Portuguese would join the club in January, although they have not informed the value of his contract or have given more information about when he will arrive in Saudi Arabia.Al Nassr is one of the best clubs in Saudi Arabia and has managed to win the national league up to nine times.

🚨 Al Nassr is closing a deal to sign Cristiano Ronaldo! Ongoing meeting to verify the entire contract and order the documents. 🇵🇹🇸🇦 #ronaldo

Cristiano Ronaldo, officially without a club after leaving Manchester United, has been linked to Al Nassr for several months, although when asked about it during the World Cup, he limited himself to saying that it was «no» true.

The sports director of Al Nassr, the Portuguese-Brazilian Marcelo Salazar, said on December 26 in an interview with the Flashscore portal about the signing of CR7 that he was not «authorized to say yes or no» about the incorporation of Cristiano to the team, since it is a negotiation of «enormous magnitude».

But he limited himself to saying that the Saudi club would wait for now and that «at the right moment the future will be revealed.»