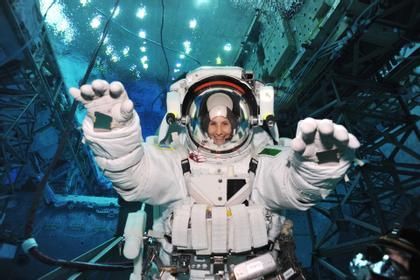 The Italian Samantha Cristoforetti is the only active astronaut of the European Space Agency (ESA), but as of today the doors of space have been opened to two other women, the French Sophie Adenot and the British Rosemary Coongan.

They add to a meager list of European women astronauts. Before Cristoforetti, who graduated in 2009, only the French Claudie Haigneré, already retired, was able to travel into space.

ESA announced this Wednesday the names of its new career astronauts, five in total, two of them women, in addition to twelve substitutes, including six women, a list that includes Sara García Alonso from Leon.

The ESA Director General, Josef Aschbaher, who participated in the gala event in which the new applicants were introduced, was «proud» that in the new class of astronauts there was practically parity of the sexes and a varied representation. of the member countries.

Coongan and Adenot, as well as the substitutes García, Nicola Winter and Amelie Schoemnenwald (German); Carmen Possing (Austrian); Andrea Comellini (Italian) and Meganne Chrisitan (British), will be able to look in the mirror of Samantha Cristoforetti.

The Milanese born in 1977 and an aerospace engineer was the only woman in her promotion and just a month ago she just returned from her second six-month stay on the International Space Station to develop the Minerva mission; in 2019 she had already passed another 200 days.

In her career there are many first times as a European woman. In this her second stay in the space laboratory she has been the first ESA commander and in July she made her first walk in space, which gathered seven hours.

During this recent stay in space, Cristoforetti launched to be the first «tiktoker» astronaut to tell about her life and work on the ISS; She now follows her on that social network with more than 800,000 people. Her image has also given life to a Barbie astronaut doll.

Before her, the first European astronaut was the doctor and later French politician and minister Haignere, who carried out her first mission in space, called Cassiopeia, in 1996, when the Russian space station Mir was still in service, where she carried out physiology experiments. and biology, among other works.

His second mission, already as an ESA astronaut, was in 2001, under the name of Andromeda, which took place on the International Space Station.

After hanging from the diving suit, Haignere spent time in French politics, where she was Minister of Science and Research (2002-2004) and of European Affairs (2004-2005), until becoming adviser to the Director General of ESA since 2015. .

The enigmatic Planet 9 and the interstellar messenger hypothesis

The definitive recipe to mummify someone (in ancient Egypt)

Proteins involved in the development of the fasciolosis parasite found