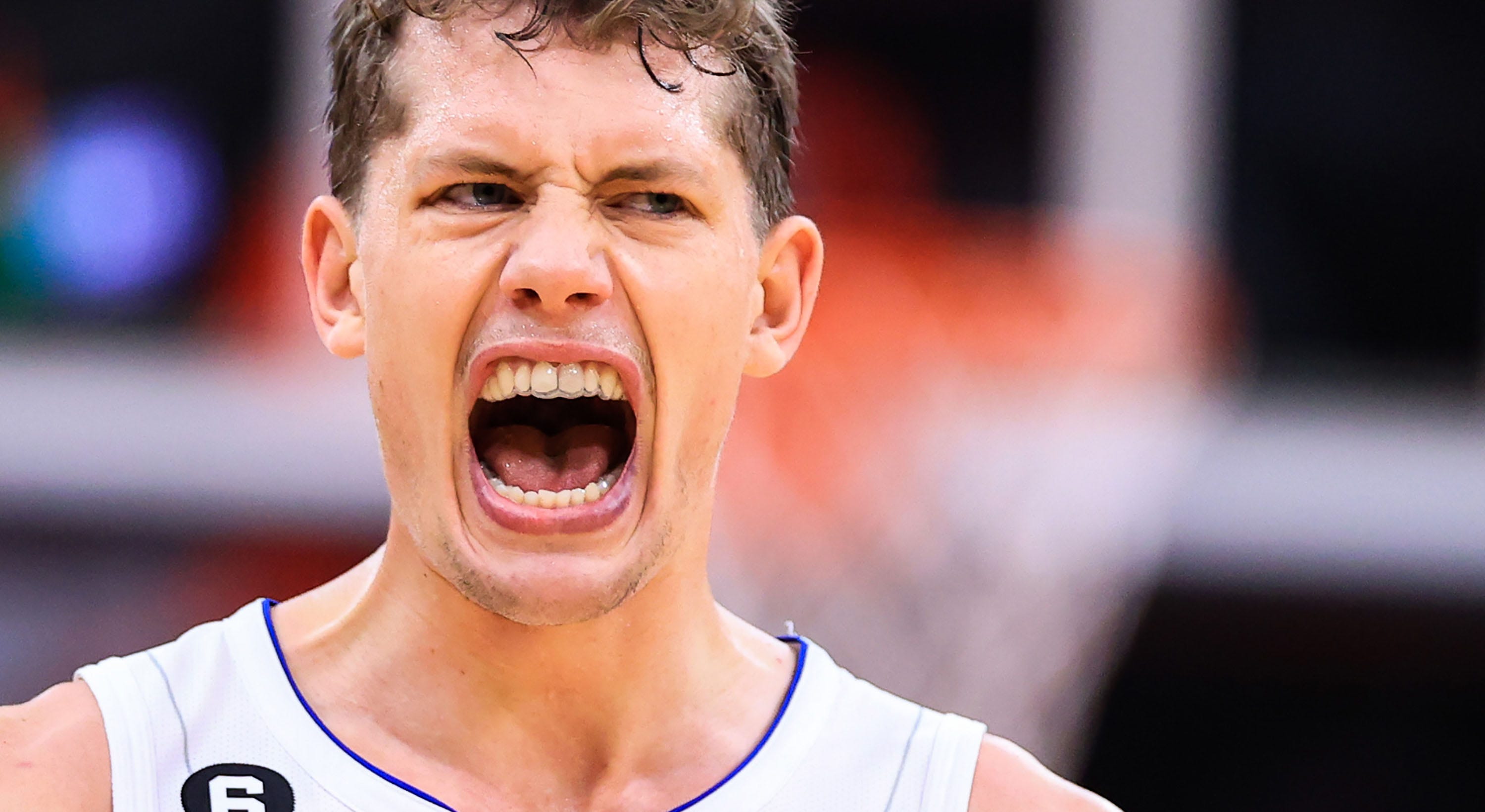 Tempers flared during the Detroit Pistons’ matchup with the Orlando Magic in Motor City on Wednesday night, which escalated into a brawl.

As the second quarter drew to a close, Magic forward Moritz Wagner and Pistons rookie point guard Killian Hayes were chasing a fumble headed for the Pistons’ bench.

Hayes was in a dead sprint while Wagner was looking to see where he was coming from.

As Hayes tried to go around Wagner to pick him up, the latter pushed the former into his own bench, setting the whole thing off.

Hamidou Diallo immediately supported his teammate, shoving Wagner from behind. But Hayes took it to another level when he jumped off the seats and appeared to hit Wagner in the back of the head.

TOP NBA DRAFT PICK ON SAVING KEVIN DURANT: ‘JUST NOTHING YOU CAN DO’

Wagner fell into the Pistons’ seats and both benches quickly became tangled as the players and coaches on each side were in a big scrum. The public address announcer could be heard telling fans to remain seated while things played out on the court.

When everything was settled, the referees watched the replay and deliberated what the penalties should be.

Wagner was fouled Flagrant-2 against him, resulting in an automatic ejection. But he wasn’t alone, as Hayes and Diallo were also sent out for an early shower.

The Pistons entered the locker room with a huge lead over the Magic, 66-47. Hayes had five points, three assists and two rebounds, and Diallo had 11 points with five rebounds off the bench. Wagner finished his night with seven points, four rebounds and one assist.

The NBA will certainly review this skirmish and could hand out possible suspensions and fines based on the evidence from the video.