Major Tuddy makes his Commanders debut, but a potential lawsuit could be looming 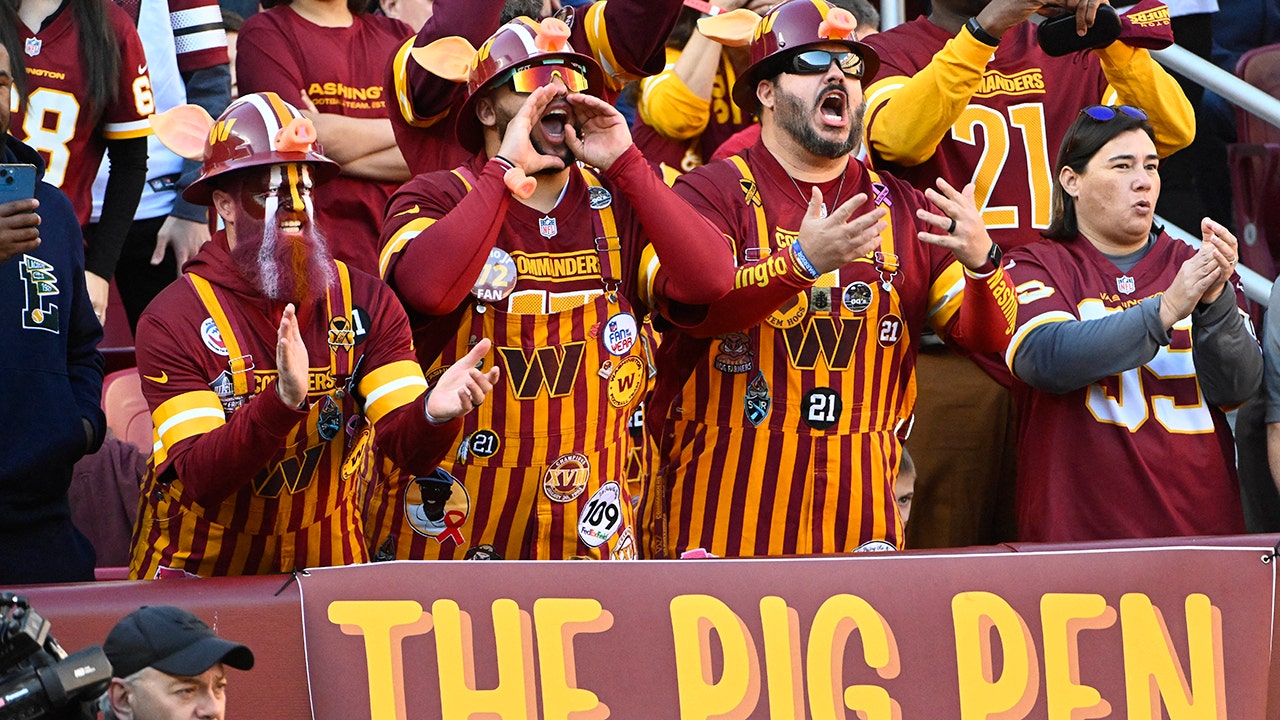 The Washington Commanders could have a lawsuit on their hands after introducing their new mascot, Major Tuddy, during Sunday’s loss to the Cleveland Browns.

Major Tuddy, a pig dressed in Commander’s clothing, was running around FedExField trying to cheer up the Washington fans in attendance. But a certain group of former Washington players weren’t so happy.

According to receiving sports, the options for the mascot were narrowed down to a dog or a pig. However, the pig was registered as a trademark in July by O-Line Entertainment, which is an LCC made up of the original «Hogs» Joe Jacoby, Mark May, John Riggins, Fred Dean and Doc Walker.

«If they go forward on Sunday and make the pig their mascot and try to trademark it, we will be forced to start a trademark infringement lawsuit,» O-Line Entertainment attorney Seth Berenzweig told Front Office Sports.

«We have made it very clear to them that we believe they would be infringing the trademark, and they need to reach a license agreement with the players. They have refused to do so.»

Major Tuddy’s debut came on the day of the Commanders’ 40th anniversary celebration of the Hogs.

Joe Jacoby #66 of the Washington Redskins in action against the New York Giants during an NFL football game on September 16, 1984 at RFK Memorial Stadium in Washington, DC. Jacoby played for the Redskins from 1981 to 1993.
(Focus on Sport/Getty Images)

«The Hogs are a key part of our franchise’s history and we want to keep their legacy alive with the next generation of fans,» the Commanders said in an official statement about their famed offensive line grouping. «We have been working with the Hogs on this event for six months and we look forward to welcoming them and Coach Gibbs back.»

The Commanders dropped the Hogs trademark they had in 1991, but Zak Kurtz, a trademark attorney, told FOS that the team could argue that it had the trademark first if faced with a legal challenge.

As of now, the team has not challenged the trademark of O-Line Entertainment.

Things didn’t go well for Washington in Sunday’s game, as they fell 24-10 to Deshaun Watson and the Browns. Carson Wentz, who was back as the Commanders’ starter, threw three interceptions and heard boos from fans in the stands.

With the Green Bay Packers defeating the Minnesota Vikings at home, the Commanders are also officially out of the playoff hunt.