Ohio State lost Marvin Harrison Jr to concussion in a hard hit ‘absolutely’ had an impact on the game, coach says 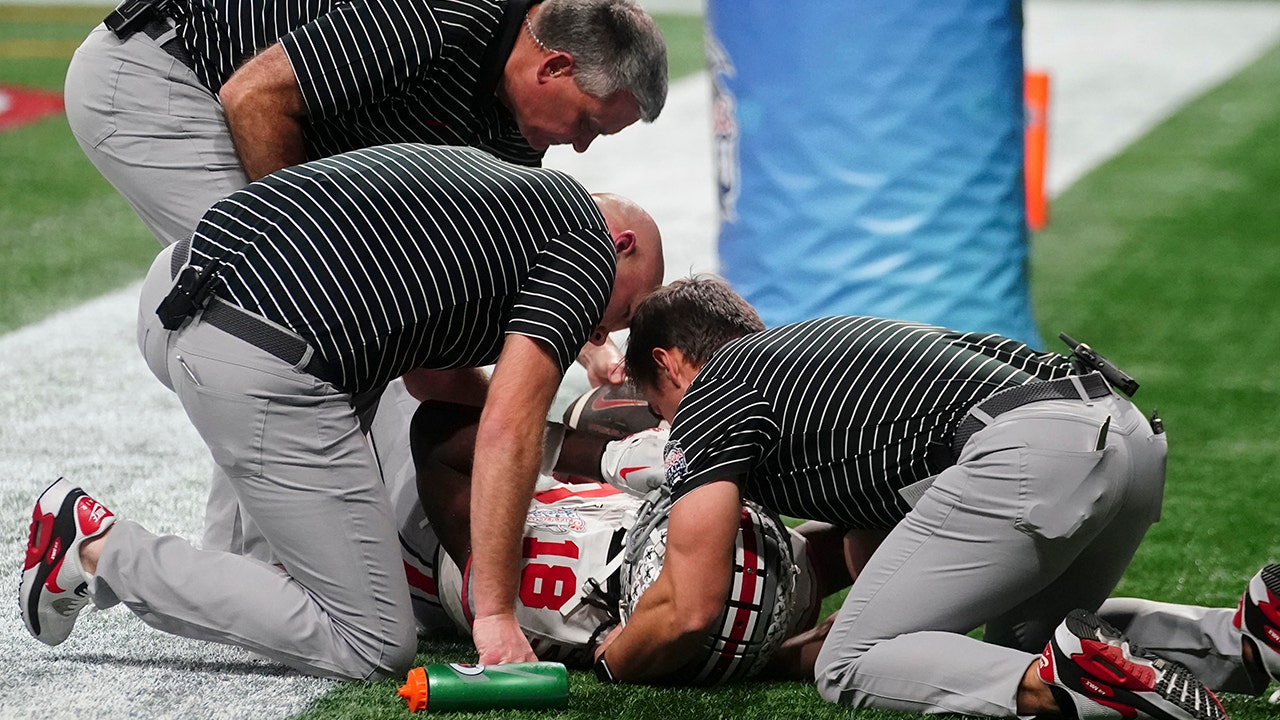 Ohio State wide receiver Marvin Harrison Jr. took a big shot from a Georgia defender late in the third quarter while trying to catch a CJ Stroud ball that was intended for the back of the end zone.

Harrison tried to make a last-second catch, but Javon Bullard caught it and the star receiver fell to the ground. He would leave the game with a concussion and not return. Ohio State was up 35-24 when the injury occurred and they ended up losing the game 42-41.

Ohio State coach Ryan Day said after the game that the loss of Harrison had a tremendous impact on the outcome.

«To say losing Marvin had an impact on the game, it absolutely did,» Day said, via ESPN.

Bullard was initially penalized for aiming, but the call was later overturned. Day said he wasn’t sure if it was right to overturn the decision, but he was a bit perplexed because Harrison suffered a concussion.

The star wide receiver said he felt well enough to return, but the coaches kept him out.

«It was just a regular hit. I felt like I was good enough to get back in the game,» he said, adding that he understood the medical staff was just looking for his safety.

Harrison finished with five receptions for 106 yards and two touchdowns.

With the loss, the Buckeyes finished the year 11-2. They are on a two game losing streak.