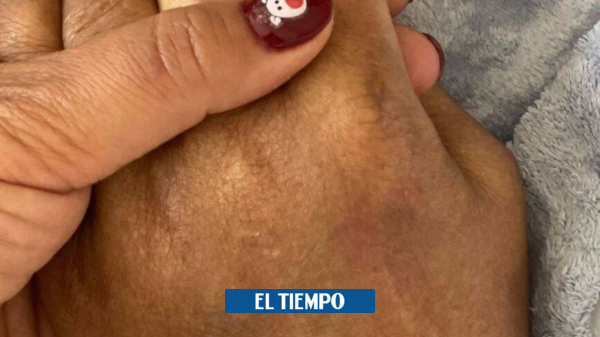 «Happy moments are eternal,» said one of the daughters of the former Brazilian soccer player on Tuesday. Edson Arantes do Nascimento ‘Pele’, in a message posted on social networks from the hospital where he accompanies the three-time world champion, whose delicate state of health is cause for concern.

The new message from Kely Cristina do Nascimento accompanies an old photograph in which the man considered by many to be the best soccer player of all time appears next to some of his daughters at a gala party at the Pelé Pequeno Príncipe Institute, a foundation dedicated to research in health for children and young people.(Pelé ‘may be reaping what he sowed’: journalist unleashes chaos in Brazil)(‘The jam’: details of how Shakira would have caught Piqué’s ‘infidelity’)

«Time flies… (but) happy moments are eternal,» says the ex-soccer player’s daughter about the old photograph in which Pelé appears next to Kely Cristina and Jennifer, two of the daughters from his first marriage, and Flavia, the result of his relationship with another woman whom he never married.

Many of Pelé’s children and grandchildren, as well as his wife, have spent the last few days together at the Albert Einstein Hospital in Sao Paulowhere the 82-year-old former soccer player has been hospitalized since November 29.

The delicate state of health of the three-time world champion has attracted attention in Brazil since last Wednesday, when Albert Einstein reported a worsening of colon cancer that he was diagnosed with in 2021 and said that Pelé is receiving care related to «kidney and heart dysfunction «.

Pelé was hospitalized to evaluate a change in the chemotherapy treatment he received since his colon tumor was detected in September last year. Days later, the hospital reported that he was also treating him for a respiratory infection that, according to his daughters, he suffered as a consequence of a covid-19 infection.