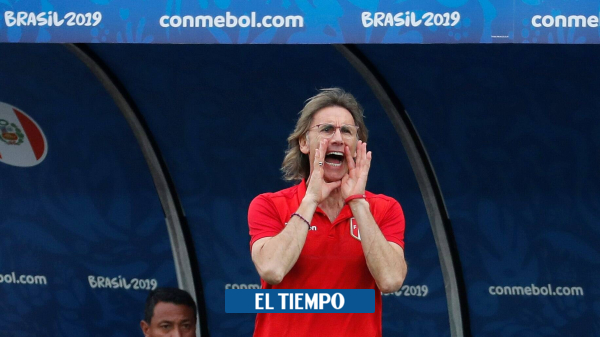 ricardo gareca He is one of the idols of history Cali America. He arrived in mid-1985 and participated in the three consecutive finals that the club played in the Copa Libertadores. He will also lose two titles and a runner-up in his era as a player.

Gareca went to Vélez Sársfield in 1989, after playing 150 games in all official competitions and scoring 78 goals. Subsequently, he returned as a coach in a short stint at the club, in 2005.

Although he also had a step as a coach for Santa Fe In 2006, Gareca did not forget America, where one of the most important stages of his professional career took place.

“America is great. Besides, it not only has to do with the club in which I have felt comfortable, but the city where I had to live, where I have friends and one had a great time”, said Gareca, in an interview with VBar Caracol.

Asked about the possibility of managing América again, Gareca was honest: he said that he always had the club in mind, but that today there is a coach in charge, the Brazilian nationalized Costa Rican Alexandre Guimaraes.

“America is a club that one always has in mind, but it has coaches and we have to see if the situation arises. The times of the clubs must coincide with the coach: if he is free, if the club needs to hire a coach. They are important clubs and they have to come together at the right time for that union to happen, ”he said.

Gareca also referred to the rumors that he was linked to a possible arrival in the Colombian National Team as a coach. The Argentine denied any contact.

“Colombia had already chosen (Néstor) Lorenzo, they already knew him since Pékerman: he had a great campaign in Melgar and they signed a contract when they were prior to the playoffs. They already have who was going to be the coach of Colombia, ”he added.