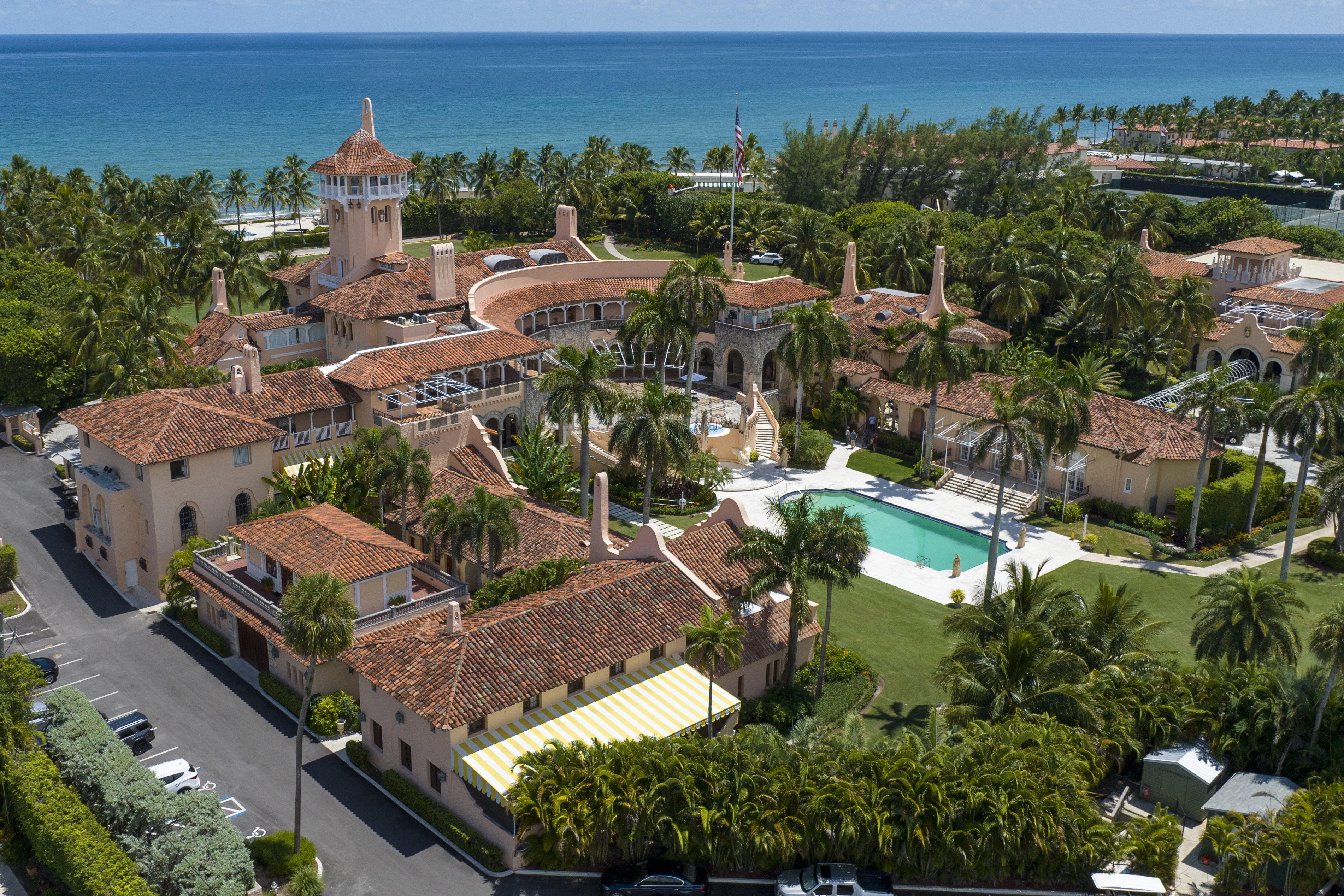 But the main attraction, obviously, was Trump. He received a standing ovation after delivering a rousing affirmation of gay rights not often heard in the Republican Party.

“We are fighting for the gay community, and we are fighting and fighting hard,” said the former president and 2024 candidate. “With the help of many of the people here tonight over the past few years, our movement has made incredible strides, What you guys have accomplished here is incredible.»

Trump and his administration had a mixed record on LGBTQ issues. He has been criticized for driving a wedge between the gay and transgender communities, and for promoting policies of extreme religious freedom and
executive orders say

it allowed discrimination against LGBTQ people that pushed the movement back. The first CEO of the Log Cabin Republicans, Jerri Ann Henry, resigned in 2019 over the group’s decision to endorse Trump.

The Log Cabin Republicans gala came just days after the Respect Marriage Act was passed with the support of 39 House Republicans and 12 Republican senators and signed into law by Biden. But the issue of same-sex marriage has continued to generate debate within the Republican Party. Right-wing and Christian conservative groups lobbied against the legislation, arguing that it trampled on religious freedoms.

In an interview on Fox News earlier this week, Florida Gov. Ron DeSantis, a rival to Trump widely seen as a top Republican contender in 2024, said there was «no need» for the Respect Marriage Act. and qualified the right’s concerns about religious freedom. «valid.»

Trump did not mention the law in his speech. But gala attendees were quick to give the former president credit: For all his recent missteps, they said he has gone further on LGBTQ rights than many others in the Republican Party.

Charles Moran, president of the Log Cabin Republicans, challenged other 2024 hopefuls to say they too are willing to fight for gay rights.

“I just heard a Republican presidential candidate stand up and say he is ready to fight and I defy all other Republicans to make the same promise that Donald Trump made tonight,” Moran said.

“I am going to hold all the candidates to the same standard,” he added in a later interview. «We’re really in a place now where we’re going to have an open election and there will be other Republicans running, and we have a responsibility to look at the entire Republican field.»

Moran and his group worked behind the scenes to build support for the Respect Marriage Act, getting at least four Republican members of Congress to join. He noted that House Republican Majority Whip Elect Tom Emmer is an ally of the group and wants to be proactive in the legislation.

A primary legislative goal for Log Cabin Republicans is the «Restore Servicemembers’ Honor Act,» which would provide an opportunity for those who were dishonorably discharged under «Don’t Ask, Don’t Tell» to change their service status. low.

Trump’s appearance came weeks after his lackluster presidential campaign debut and hard-hitting headlines, sparked by the former president himself. As his campaign has failed, he has largely avoided the limelight. On Thursday night, he dismissed the idea that his approval ratings have dropped as a result, calling the polls «bogus.»

In an effort to move past recent controversies, Trump is expected to deliver policy speeches tied to specific parts of his platform and plans to do interviews with a mix of media outlets, according to aides. He will also announce more campaign hires, they said.

While the gala focused on the new same-sex marriage law, the speakers at the gala also made lighthearted jokes. Trump, for his part, reflected on his wife Melania Trump joining Grenell, who is gay, for a Log Cabin Republicans trip to Beverly Hills, California, last week.

“She flew to California with Ric, and I trusted him 100% with her,” Trump said with a laugh.

Lake, who recently lost his gubernatorial bid but did not admit defeat and recently launched a legal challenge over the election results, credited the group for supporting his campaign but spoke out about his recent lawsuits.

“We just had such a big move before Election Day, to look at these people, these evil bastards, can I say that here? Seeing them steal this election in broad daylight, and if they think they’re going to get away with it, they messed with the wrong bitch,” he said to applause.

But despite all the applause and nudging, members of the group at times recognized themselves as part of the GOP that has felt mislabeled, judged and ostracized over the years.

Tammy Bruce, a lesbian and conservative commentator, received the group’s 2022 “Spirit of Lincoln” award and spoke about the challenges she has faced.

“I know there are still issues with the way we are viewed at times. But what I also know is that visibility matters and intolerance only survives because people can only use their imagination,” she said. «Suddenly, things change when you find out that your son or daughter is gay.»

The nation’s cartoonists in the week in politics