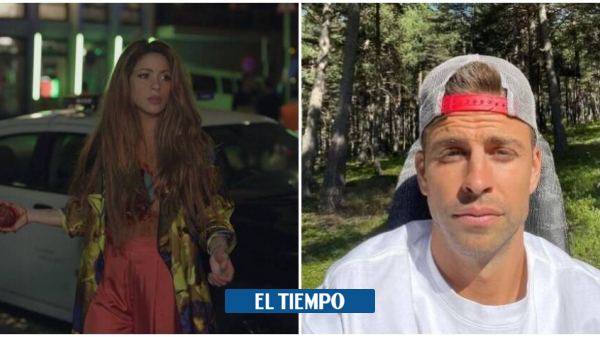 One of the news of the year in football and entertainment was the separation of the Colombian singer Shakira and the now ex-soccer player Gerard Piqué. The couple, who had been together for 12 years, announced their breakup in June.

Since then, thousands of pages have been written in the media and on social networks to find the causes of the end of the relationship between Shakira and Piqué, who already has a new partner, Clara Chia Marti.

The New Year’s message from the Colombian singer

The Colombian published a new message on her social networks, as a New Year’s greeting, in which, indirectly, she re-based the issue of her separation.

“Although our wounds continue to be open in this new year, time has the hands of a surgeon. Even if someone has betrayed us, we must continue to trust. In the face of contempt, continue to value yourself,» the singer wrote.

“There are fewer who leave and more who stayed by our side. Our tears are not wasted, they water the ground where the future will be born and make us more human, so that in the midst of lack of love, we can continue to love ”, he added.

The legal issue of separation was used

The legal process of the separation also took many minutes and many words, including the dispute over the custody of the couple’s children, Milan and Sasha, who will eventually live with Shakira.

While Piqué never officially referred to the issue publicly, Shakira did give an interview to Elle magazine in September of last year on the subject.

“I think we all have our own processes for dealing with grief, stress or anxiety. We all go through things in life. But in my case, I think writing music is like going to a shrink, only cheaper. [risas]. It just helps me process my emotions and make sense of them. And it helps me heal,” she said.

“I think it is the best medicine, and together with the love of my family and my children, who sustain me. Music is definitely one of those tools, one of the few tools I have to survive extreme situations,” she added.

Shortly after, in October, Shakira released a single called Monotonía, a song in the bachata rhythm together with the Puerto Rican Ozuna, which many interpreted as a relief after the separation.