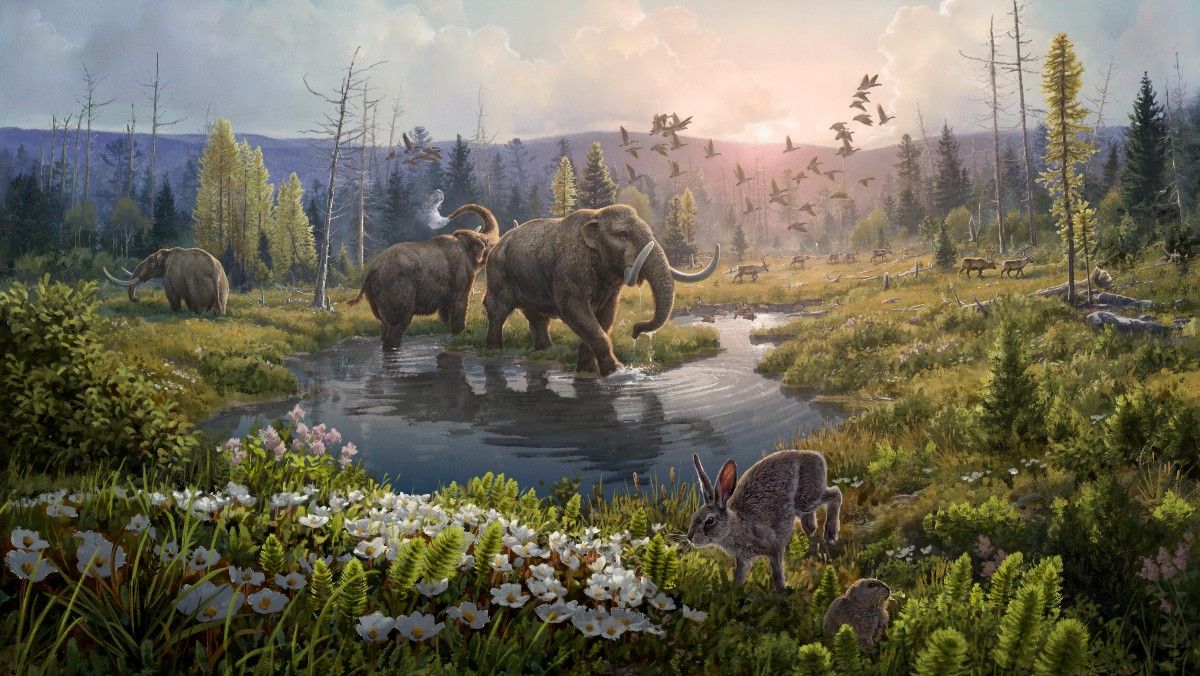 Look around you and look at any landscape. Now try to imagine what that environment should have been like millions of years ago. What would that ecosystem be like? What kind of plants do you have? And what animals would swarm there at that time? The image you are drawing in your head may look somewhat like that of some movies, but as of today, you may have some more ‘realistic’ clues to imagine this prehistoric world. The discovery of the oldest DNA samples found to date have allowed us to reconstruct a prehistoric landscape two million years ago.

The story of this ‘prehistoric portrait’, published this Wednesday on the cover of the scientific journal ‘Nature’, presents at least two great advances. First of all, it is a new scientific record. Until now, the oldest genetic samples belonged to a Siberian mammoth that lived a million years ago. The samples that star in this study go back two million years and, therefore, it will be defined in the oldest genetic material analyzed to date.

The second great advance presented by this study has to do with how this genetic material has been used to rebuild a prehistoric ecosystem. To be more exact, the analysis has allowed us to draw what a landscape should be like in it north greenland about two million years ago. «This opens a new chapter in the history of evolution. It is the first time that, thanks to the study of DNA, we can see how was a landscape so far away in time«, explains the researcher Eske Willerslev, a professor at the University of Cambridge and one of the experts who led this study.

Now yes, without further ado, let’s talk about What was the world like two million years ago?. The portrait of this prehistoric landscape draws a landscape that includes both plants and animals and microorganisms. In some cases, scientists have been able to relate these specimens to currently known species or genera. In others, we experts are confident that certain specimens They do not fit into the sample of living beings of the present or the past that we know right now.

If we were to examine this prehistoric ecosystem with a magnifying glass right now, we would see, first of all, that vegetation abounds. Specifically, according to the study, the presence of an open boreal forest with deciduous trees such as birch, poplar and thuja and lots of arctic shrubs and herbs. In this landscape there is also a large presence of animals like reindeer, hares, geesesmall rodents like lemmings and even Atlantic horseshoe crabs.

One of the unexpected protagonists of this ecosystem are the mastodons: an extinct family of mammals, related to mammoths, with thick hair and long tusks. Until now it was believed that these animals, originating from the North American continent, they had not reached Greenland. But two million years later, DNA has given them away. The mastodons spread to the far north of the globe.

«This ecosystem has no real equivalentsince it existed at temperatures much higher than what we have today,» explains Mikkel W. Pedersen, co-author of the paper presented this Wednesday and a scientist at the Lundbeck Foundation’s Center for Geogenetics.

Genes hidden in the stones

And what about this utopian prehistoric ecosystem now? Well then, the landscape has radically changed. The same point where the genetic samples used for this study were extracted is now a polar desert located in northern greenland, in an area known as the Kap København (Peary Land) formation. In this area, marked by extremely cold temperatures, it was until now a great unknown since hardly any vertebrate fossils are preserved. But, according to this latest study, these same conditions could have perfectly preserved the genetic material for two million years.

Recovering DNA samples from this environment has been defined as a real «detective work». First of all, because the researchers first had to collect soil samples in this remote frozen area. And then, because they had to rummage through the clay and quartz soil to see if they could differentiate sediments from possible remains of genetic material. Surprisingly, the scientists specified that the DNA can survive in cold and dry conditions sheltered in this type of rocky materials.

According to the researcher Kurt H. Kjær, one of the experts who has led this work, a large part of the samples presented in this analysis was taken in 2006 in an expedition that his team carried out in the framework of another project. «It was not until a new generation of DNA sequencing and extraction equipment was introduced that we were able to locate and identify extremely small and damaged DNA fragments in sediment samples,» the expert highlights after the publication of this new study. «We have finally been able to map an ecosystem two million years old«, exclamation.

The Webb telescope discovers two galaxies like the Milky Way at 11,000 light years

NASA discovers a ‘bear’ on Mars