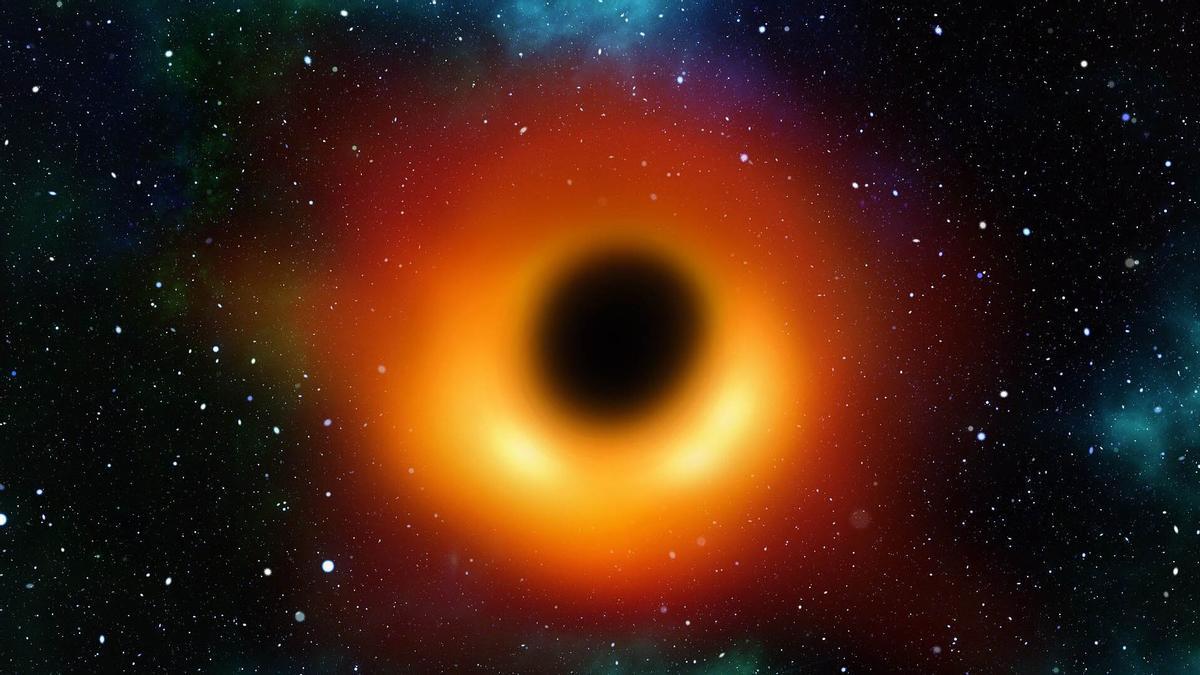 Spanish researchers from the CSIC have used in observation and study from a jet of matter that was born from a supermassive black hole devouring a star, a phenomenon whose luminous flash is one of the brightest ever captured and whose source is the most distant to date.

In early 2022, the telescope ZFT (Zwicky Transient Facility) of Palomar Observatory (USA) detected an extraordinary flash where, the night before, nothing shone.

The researchers have now published two articles in Nature Y nature astronomy in which they coincide in the origin of the flash: it is a jet or jet of relativistic matter produced by a supermassive black hole when devouring a star.

As explained by the researcher of the ICE-CSIC and of the IEEC Tomás E. Müller Bravo, most galaxies harbor supermassive black holes in their central regions, which contain up to billions of times the mass of the Sun.

They detect the jet of matter that is born from a supermassive black hole when devouring a star. researchers of the #CSIC participant in the analysis of this phenomenon, whose flash is one of the brightest ever observed and whose source is the most distant.
▶️ pic.twitter.com/1JCCDoRxLm

These are objects with a gravitational field so intense that not even light can escape, and show a structure made up of a disk of gas and dust (accretion disk) that absorbs material from its surroundings.

«Most of the time, however, supermassive black holes do not devour anything,» said the researcher at the IAA-CSIC Miguel Pérez-Torreswho has described that what has happened is that the star is torn apart by the tidal forces of the black hole, and it becomes part of its disk and ends up being swallowed by it.

«However, in some extremely rare cases, the black hole ejects jets of matter that travel nearly at the speed of light in the process of destroying and accreting material from a star.» Jose Feliciano Agui Fernandezalso researcher of IAA-CSIC.

According to this astrophysicist, «calculations suggest that these jets occur only in 1% of cases, and that is precisely what we observed.» In fact, the bright flash from the event, which astronomers have dubbed AT2022cmcit is among the brightest ever observed.

The source is also the furthest away detected, some 8.5 billion light years awaywhere it seems to be in the center of a galaxy that is not yet visible because the light from AT2022cmc the eclipse.

However, when the episode ends, it could be photographed by space telescopes. hubble either james webbaccording to astronomers.

The two works that have analyzed the phenomenon have concluded that the jet from the black hole could be pointing directly towards Earth, which causes the signal to appear brighter than if the jet pointed in any other direction.

«Constant monitoring of the skies is essential to detect these events as soon as possible, and then follow up with multiple telescopes,» stressed Müller Bravo, who predicts that in the coming years, the appearance of more powerful telescopes could allow detecting more tidal disruption events that, in turn, could shed light on how supermassive black holes grow and shape the galaxies around them.

«The discovery of this very distant phenomenon shows that we can find more in the future at such far distances with the project LSSTan eight-meter telescope that is being built in Chile and that will begin to take data at the end of 2024,» he added. Luis GalbanyICE investigatorCSIC and of the IEECwho also participated in the study.