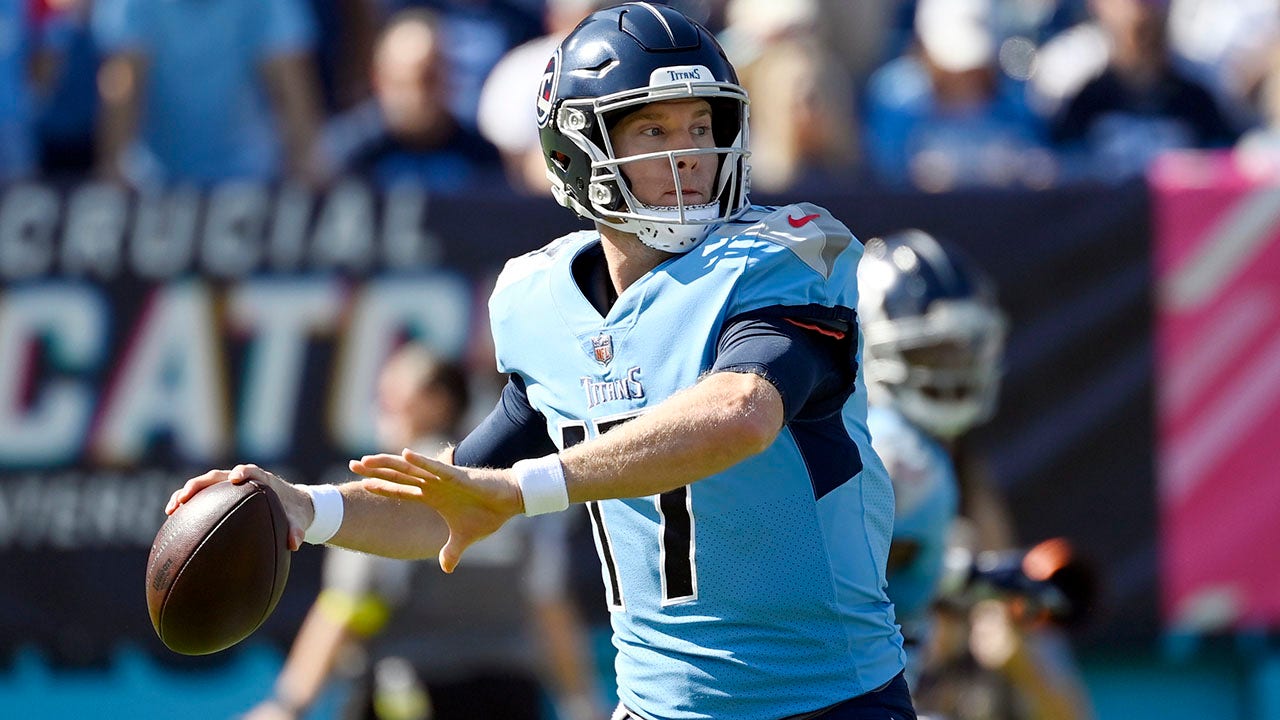 Tannehill underwent tightrope surgery on his ankle last week. He had hoped to play Week 18 in a pivotal game against the Jacksonville Jaguars for the AFC South title, but will sit on the sidelines instead.

The 34-year-old was injured during the Titans’ Week 15 loss to the Los Angeles Chargers, which couldn’t have come at a worse time. Tennessee seemed destined to take the AFC South crown again until losing three in a row.

Ryan Tannehill of the Tennessee Titans looks to throw a pass against the Green Bay Packers during the first quarter in a game at Lambeau Field on November 17, 2022 in Green Bay, Wisconsin.
(Stacy Revere/Getty Images)

«Whatever the highest rating on the pain scale was, that was it,» Tannehill said when discussing the level of pain he felt during the game against LA. Tannehill was carried off the field before returning.

Tannehill left the game early against the Chargers and ultimately lost it, 17-14, bringing the losing streak to four.

At the same time, the Jaguars were riding a winning streak and the divisional race was drawing closer.

Ryan Tannehill (17) of the Tennessee Titans leaves the field due to injury during the first half of a game against the Los Angeles Chargers at SoFi Stadium on December 18, 2022 in Inglewood, California.
(Harry How/Getty Images)

Now, it will be up to rookie Malik Willis, who has struggled to transition to the NFL and lead Tennessee’s offense, or Josh Dobbs, who will start against the Dallas Cowboys on Thursday night.

Dobbs was acquired eight days ago by the Titans, and head coach Mike Vrabel is going to see what he has because Dobbs or Willis will start the Week 18 contest in Jacksonville to determine who goes to the playoffs.

Tannehill has had a career resurgence during his time in Nashville. He was named the NFL Comeback Player of the Year in 2019, the same year he led the league in passer rating and earned a Pro Bowl berth for the first time.

Tennessee Titans quarterback Ryan Tannehill throws during the first half of a game against the Indianapolis Colts on October 23, 2022 in Nashville.
(AP Photo/Mark Zaleski, File)

But he hasn’t played at the same level this season. He averaged 211.3 passing yards per game this season and threw for 13 touchdowns. Those numbers could be due in part to the departure of Tannehill’s top target, AJ Brown, who was traded to the Philadelphia Eagles.