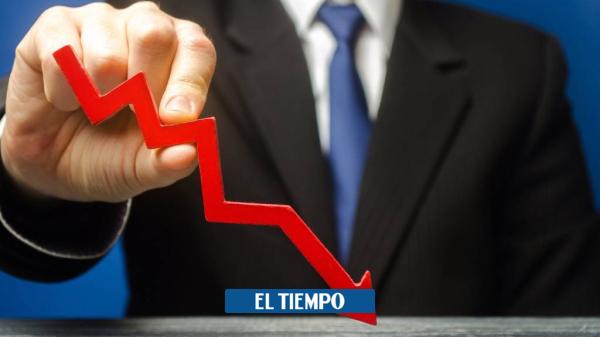 The global economy faces «a difficult year, more difficult than the year we left behind. We expect a third of the world economy is in recession«, was the warning made by the managing director of the International Monetary Fund (IMF), Kristalina Georgieva, during an interview on the US television network CBS.

This would be the result of the fact that the three largest economies in the world – the United States, the European Union and China – «are slowing down simultaneously.»

In detailing the situation of these three world powers, Kristalina Georgieva assured that, although the United States can avoid a recession, the European Union has been hit hard by the war in Ukraine and half of this territory will be in recession by 2023. At the same time, China faces a «difficult year», its industrial activity contracting sharply in December following the abrupt reversal of its zero covid policy, according to Bloomberg.

Last October – when it presented its outlook for the world economy – the IMF had already said that more than a third of the world economy would contract in 2022 and that this year there is a 25 percent probability that the gross domestic product (GDP) falls below 2 percent. «The worst is yet to comeand for many people 2023 will unfold as a recession year,» he said.

The worst is yet to come, and for many people 2023 will unfold as a recession year

According to analysts, these recessionary winds could reach Colombia this year, since, technically, it occurs when there are two quarters of decline in economic activity. Although there is also another that is more structural –and that really means recession–, which is when the economy begins to lose important jobs and the productive apparatus begins to deteriorate.

Regarding the first, Sergio Olarte, chief economist at Scotiabank Colpatria, believes that it could happen in Colombia, since a sharp slowdown is expected. However, the country is far from a recession in which the economy is greatly affected, mainly because «the last two years have been quite positive and this creates a very good basis for continuity, in such a way that, if it grows to zero, for example, it’s still very good».

At BBVA Research, they also do not rule out a technical recession due to the presence of two quarters with negative variations. Mauricio Hernández, senior economist, said that Colombia’s economic growth is gradually moderatingespecially in household spending.

(Also read: It’s official: more than 85 goods and services will not raise 16% of the minimum wage)

what’s more, raising interest rates to control inflation, inflation itself and the absence of prior family savings are reflecting in lower household consumption, which will lead to a decrease in the dynamics of business investment. “This behavior will deepen in 2023, when many developed countries, which are Colombia’s trading partners, will have short and mild recessions,” he said.

Meanwhile, the executive president of Fedesarrollo, Luis Fernando Mejía, assured that a recession scenario is not being seen, although «undoubtedly» he does believe that there will be a phase of lower growth. From the entity he foresees that GDP by 2023 will be 1.5 percent versus 7.7 percent expected for 2022.

How to avoid a recession?

For Sergio Olarte, work must be done to formalize the economy so that inflation returns to its target and expectations begin to stabilize. In addition, it is key to maintain fiscal responsibility, the fiscal rule, flexible exchange rate and an independent central bank.

While from Fedesarrollo considering that the most important thing is accelerate investments in public infrastructure works. «They can be very important to accelerate economic growth and avoid the effects of a slowdown or, eventually, a global recession.»

On this point Mauricio Hernández also agrees, who assured that a high execution capacity of the budgets directed to infrastructure is required. «It is necessary to keep the channels open so that foreign and internal investment – ​​of private origin – continue to flow towards the country’s key projects. In addition, it is necessary to take care the health of the labor market and the capital market«, he added.

Inflation in Colombia: despite the rise, the consumption of snacks does not decrease | economy

VIS housing is beginning to be seen in better neighborhoods in Bogotá. Why is this model growing? | housing | my finances